I only rode about thirty miles, but it seemed like a lot longer. One the way to Somoeng, I turned off on a small road about the size of a driveway. It took me through several small hill tribe towns. They may have been Hmong. Unfortunately, they practice slash and burn agriculture, but there’s nothing that can be done about that, as they don’t have machinery or gasoline. Several acres were still smoking as I rode by.

I saw a sign saying “waterfall” one kilometer, so I ascended a dirt driveway until I came upon a swarm of parked motorbikes, and could hear the hooting and hollers of teenagers. Most Thais can’t swim, but these fifteen year old boys weren’t letting that stop them from hurling themselves into the deep pool. The girls sat on the shore and watched.The boys who weren’t swimming were furiously smoking cigarettes, something they obviously were not permitted at home. I found a pool deep enough for me to submerge myself. They all found me very funny. I don’t think they’d ever seen anyone as old as I at the waterfall.

Then I rejoined the main road after about forty exciting minutes of wondering if I was getting myself into a world of trouble, and found my way back home, stopping for a two hour Thai massage that cost $6. 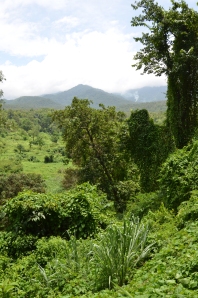 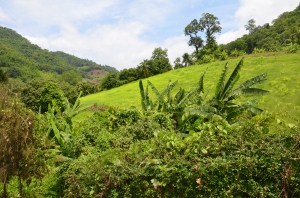 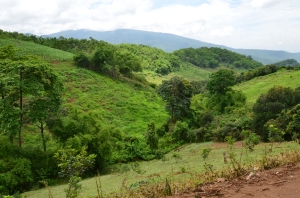 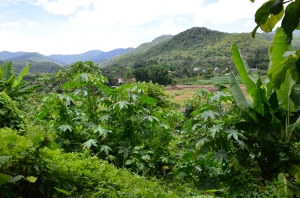 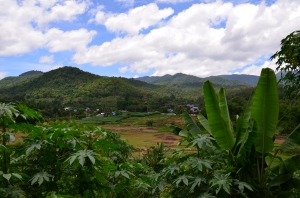 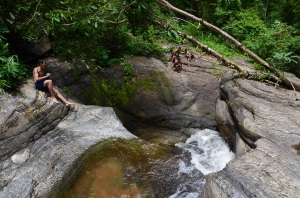 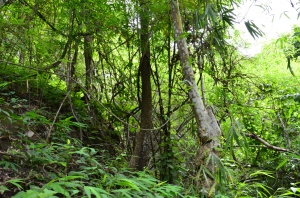 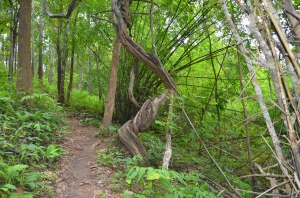