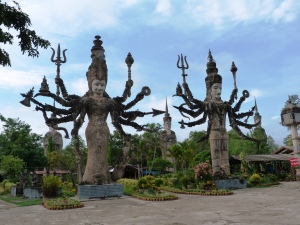 It seems to strike older men, causing them to spend the rest of their days making strange sculpture parks, sometimes using acres of land and millions of pounds of cement. Often the designs are repetitive, but the sameness of the imagery doesn’t slow these guys down. They have no “off” button.

In Iowa, we have the Grotto of the Redemption in West Bend. There a Father Paul Dobberstein, a Roman Catholic priest spent forty years-two years making the world’s most complete man-made collection of minerals, fossils, shells, and petrifications in one place. The rocks alone are thought to be worth four million dollars.

On both sides of the Mekong River, in both Ventiane, Laos and Nong Khai, Thailand, Bunleua Sulilat built enormous, fantastic sculpture parks using both Buddhist and Hindu symbols. He began in Laos, but after the 1975 Communist revolution, decided to continue his work on the other side of the river, in Thailand. These are truly “over the top” both in size and conception. A fall from one of his sculptures on the Thai side led to his demise at the age of 64. His mummified body is on display in a hall at the park.

It certainly gives a guy something to do with his hands, and ends up constituting a life’s work. 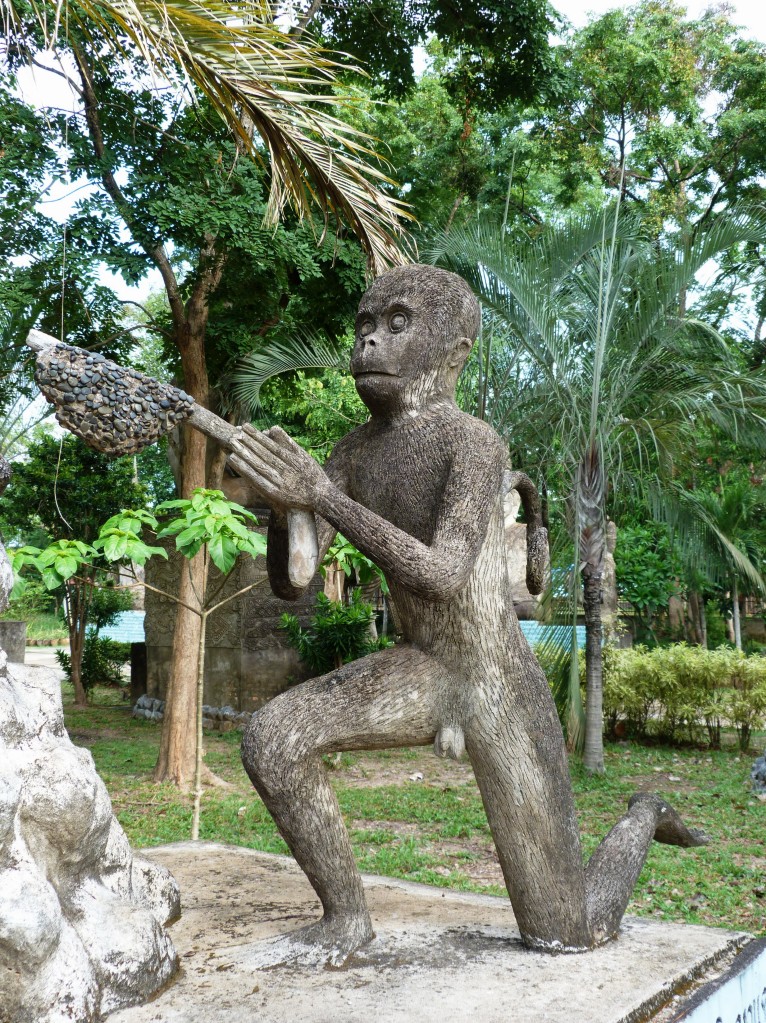