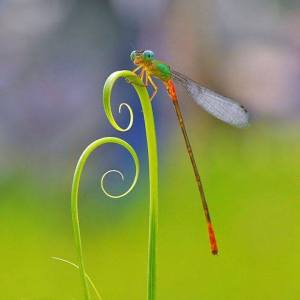 Lately I find myself compelled to share every thought or impression I have the moment I have it.  This itself is an addiction, which exhausts my Facebook “friends” and leads to a chronic waste of time. In doing so I send a message to myself that I cannot concentrate long enough to produce anything that isn’t a “flash,” and that no insight I might have will matter in the long run so I might as well share it now. Implicit is the hope that maybe someone with a longer attention span will be able to value or remember it for me.

I no longer read, I skim.  I no longer aspire to create great works, but hope only that my dabbling will be considered clever.  I am an adult with the emotional maturity of a pre-teen. I have adopted the modus operandi of pop culture, hoping to stumble across the next new thing that can be mass marketed. Failing to monetize my activity, I ape the business model of others, much as a cargo cult devotee speaks into a bamboo microphone hoping to contact the gods and summon more cargo.

“. . . the producer of mass culture has no use for experience, his own or another’s, which cannot be immediately shared. What is endured by one human being alone seems to him unreal, or even an effect of madness. The ‘alienation’ of the artist, his characteristic neurosis, which we hear so much about today, is an essential axiom of mass-culture thinking: every departure from the common experience appears to be an abnormality requiring some form of explanation—medical, sociological, etc.”

I was born in 1950, so I can see how I’m a product of my times. When I was a kid watching TV in the Midwest I wanted to be Maynard G. Krebs, not Dobie Gillis.  When the sixties came along, I didn’t need to be persuaded to grow my hair long and take drugs.  I saw the hula hoop come and go, figuring it was only a matter of time before I stumbled across an idea that would take me on a ride to easy street.

“Work!” Maynard exclaimed. “Not for me,” I agreed.Social media gives the impression that it’s the same as broadcasting, but it’s not.  Back when Citizen’s Band radio was the craze, you could still be assured of talking to at least fifty people within a populated area, even though you were limited to a five watt signal.  I might have over a thousand Facebook friends, but it seems that I’m talking to the same fifty ones over and over again. No matter how hard I pump my blog by linking to it on Facebook, I rarely get more than fifty visitors. When my Dr. Science show ran on public radio, for a while there it had hundreds of thousands of listeners.

More people will watch a Shakespeare play on television than have ever seen a Shakespeare play performed in live theater since the moment the Bard wrote it. Mass communications feeds mass culture, and mass marketing monetizes it.

If the sort of recognition and monetary rewards that come from traditional broadcasting and publishing is what I aspire to, then at least so far my experience of the Internet has been largely delusional.  A trivial pursuit. Would my Facebook addiction be less of a trivial compulsion if I had five million viewer/readers rather than fifty?  What if I made money from it?  It would then be a noble occupation, right?

If I really want to succeed as an artist or writer, as a “content creator” I have to suppress the compulsion to share my output on a minute-by-minute basis.

Probably anything worth doing, or sharing, is going to take concerted effort and a substantial investment of time.