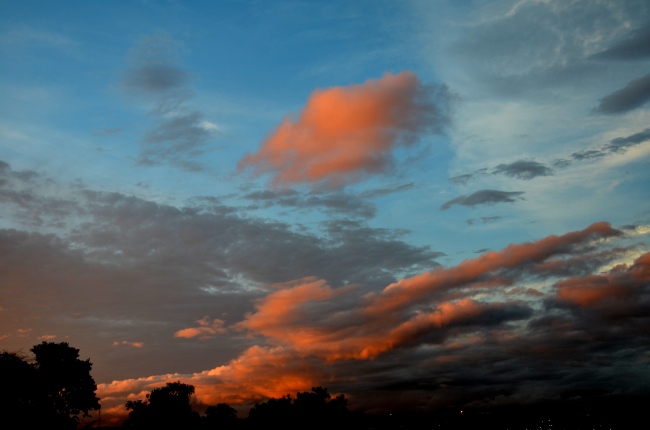 Does a life well-lived include a lot of productivity? How important is it to leave behind a legacy of work?

There are certain times in an artist’s life when he or she can’t seem to work fast enough to get down on paper or canvas all that want to find tangible expression. Chopin was already quite sick with tuberculosis when he finally finished his collection of piano preludes. Bach and Milton both struggled against failing vision before finally giving up on writing and editing their work.

For a select few, it’s been very important for the rest of us that they struggled to crank out new work while there was still time.  Today, a couple of hundred years later, there is little paper involved in the creative process. What will the museums of the future have to curate? E-mails?

Amazon Kindle Direct publishing is now electronically publishing thousands of new works every day, most by unknown writers of mysteries, romances, and self-help books. No one will ever read most of what they have written. Likewise, there are now millions of newly-retired people writing blogs that will only be skimmed by other blog writers. Every backpacker nowadays is writing a travel blog, which is cheerfully rife with pictures of the blogger (called “selfies”) in front of some formerly exotic but now hopelessly over-exposed locale.

One thing we can be sure of: what we lack in quality we have made up for in quantity. There sure is a lot of it out there and most of it is being given away for free.

The computer has made producing new works much easier and rapid than ever before, but the quality of what has been produced is less obviously improved, nor is it likely to be in the future, when the act of typing will have been replaced by voice commands. When music can be composed by a wave of a wand or some sort of controller, it won’t mean that the composer is any more gifted because he or she can equal Bach’s lifetime output in a few hours.

People will still be listening to Stairway to Heaven more than St. Matthew Passion, and I’m afraid no matter who comes down the pike in the future, they’ll have a hard time breaking new ground and through the accumulated detritus of centuries come before.

When Bach composed, he had to surround himself with assistants he could trust to copy out the individual parts for orchestra and chorus. He had to somewhat carefully apply ink to paper and, because paper was relatively precious, not make a mess of it. If he were alive today, he could simply press “start new page” on his laptop’s music composing program and start clicking away with the mouse or joystick.

Would the quality of his work increase? Would he find more time to spend with his twenty children? Maybe he could lead rehearsals with his orchestra via Skype and not have to journey up and down the terrible roads of medieval Germany.

Tolstoy’s wife typed the manuscript for War and Peace twice, first and final draft, as he read from his hand-written manuscript. They would have had an ugly divorce, except he ran away from home just as he was dying from consumption and managed to succumb from the disease in an unheated railroad station in Siberia before she could start divorce proceedings.

Maybe a good word-processor could have made their time together more bearable. 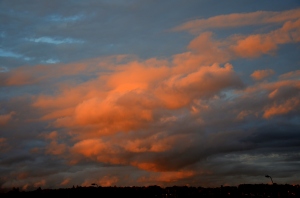 Bach had twenty children, yet still found the time to write more and better music than a hundred of his contemporaries. When he was fifteen, he walked two hundred and fifty miles from home to attend school in another town. For a while, when he attempted to resign a post as a court musician, he was thrown into prison. I don’t know if he was ever bored. He certainly never played a video game or became addicted to a television series.

Something has developed in my country and culture that makes me think that nobody will ever again be as profoundly creative as Bach. We don’t have time for it, because we’re spending all our efforts looking for comfort and diversion.

The expectation that life be entertaining is a new phenomenon, one that has blossomed like an algae bloom in the last thirty years or so.  I remember one day I was receiving a massage in Chiang Mai, Thailand, and on either side of me lay Thais in their twenties, who spent their massages playing with their smart phones, furiously scrolling up and down, hoping to be distracted from this deeply pleasurable and therapeutic experience by catching sight of a photo of a cute puppy or a meal one of their friends just ate. Certainly, given the rate they were zipping through these posts they weren’t doing much real reading, nor could they be noticing their massage, the thing that they were paying for and was happening to them here and now.

Family life is more than a few good-looking actors sitting on couch trading witty comebacks. Romantic love is more than the titillation of a first kiss.  We all know that at least theoretically, but when faced with an opportunity to choose the real over the virtual, most of the time we leap for the illusion. This is why so many hope to enter the Entertainment Industry. Everyone is vaguely aware that there’s big money to be made there for simply goofing around and creating ghosts.

It hasn’t been difficult for cell phone providers to peddle the myth of connectivity because the target audience is already pre-sold. They’ve long ago accepted the idea that connectivity beats physical presence. Experience has taught them that illusions on small screens are preferable to seeing the real thing. In fact, the smaller the screen and the tinnier the audio, the more compelling it is. All their friends agree, and the younger you are, the more that matters.