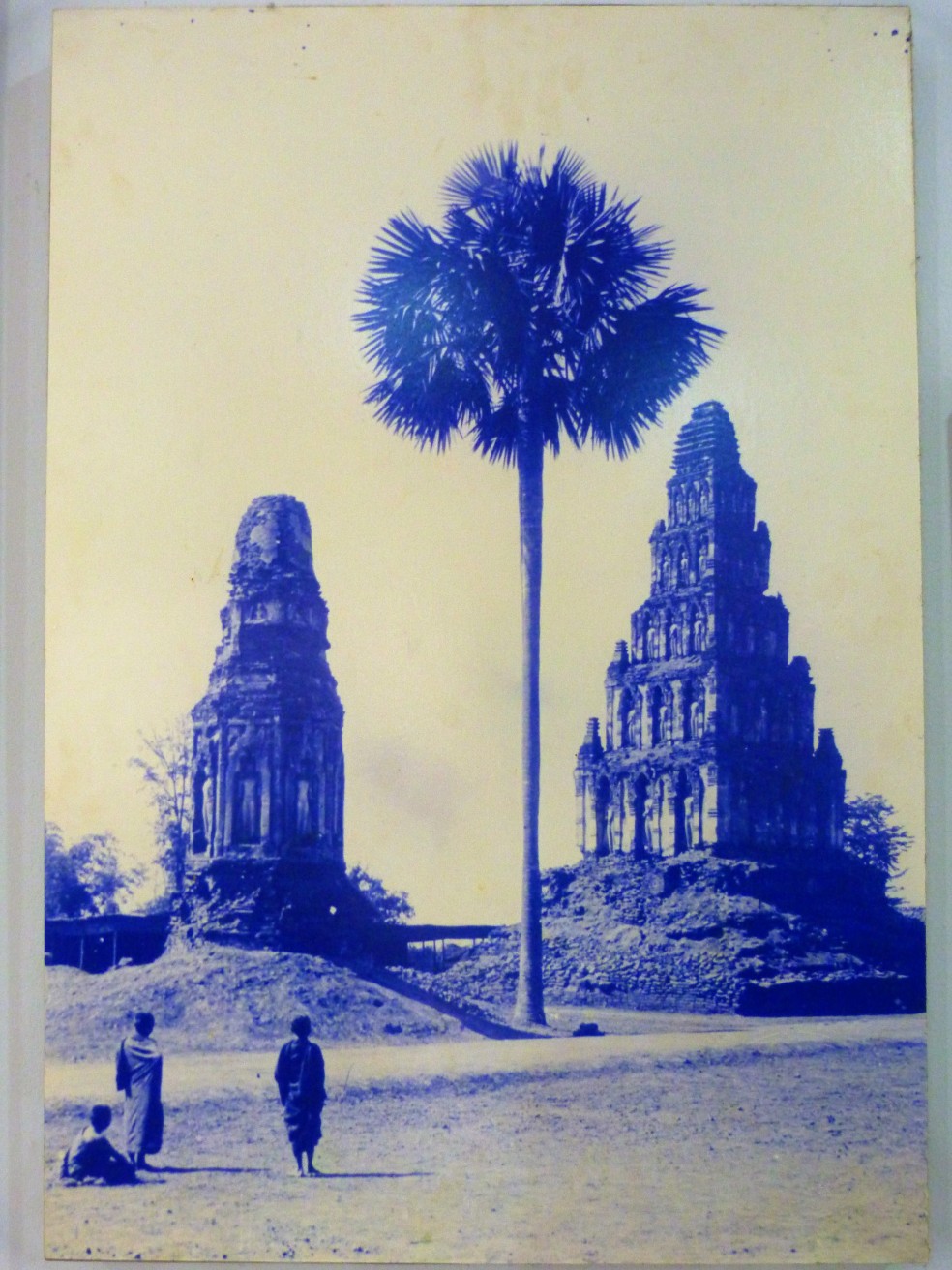 I just spoke to a Thai woman who was excited about taking a bus tour to a nearby mountain, the highest peak in Thailand, which isn’t all that high, and records the coldest temperatures, just below freezing. She would rather pay two days average wages to ride on a bus with some other Thai people than drive there alone on her scooter.

I’ve done most of my traveling alone. Always have. I don’t like being told what to pay attention to. Sure, maybe I’ve missed out on a lot that way, but the sense of adventure and self-determination agrees with me.

Tours sell well with Asians. They like to recreate with lots of other people. There is no tradition of the solo vagabond. The lonesome drifter isn’t a romantic character here. Billy Jack, the mysterious stranger who drifts into town, Clint Eastwood, Gary Cooper…the man without a family or a… 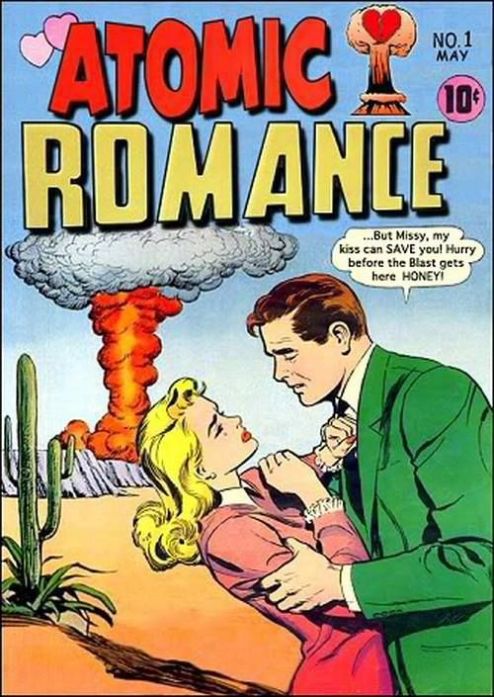 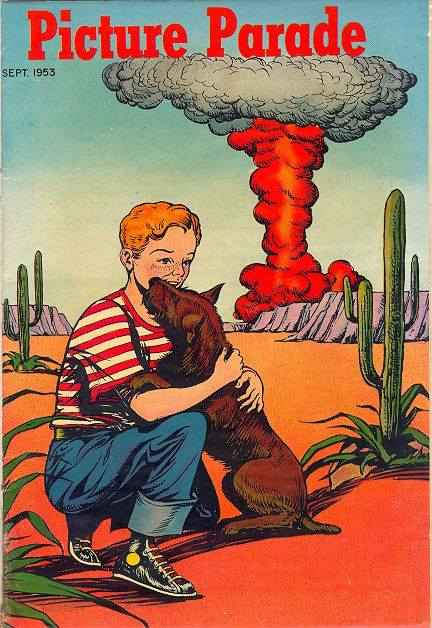 I just discovered an old American who also lives in Thailand who writes a blog. So do I. He’s an even better writer than me, his output is voluminous, and he illustrates it with many good photographs, just as I do. He’s nine years older than I am and has had a varied and interesting life, just like me. I tried to read his blog and became overwhelmed by the sheer mass of it. His entries are thousands of words long. He’s been writing this blog for twelve years! It’s as thick and dense as War and Peace!

No, even I who have so much in common with my blogster elder brother couldn’t scratch the surface of his retirement output. I’m afraid I too have become a tiresome old fart. I’m the garrulous grandpa you meet at a family barbecue or social event and eventually make an excuse to distance yourself from because he won’t stop talking.

Most blogs I try to read are written by young people, twenty and thirtysomethings who are usually drifting around the planet on their parents’ dime, writing about their travels. I can’t read their blogs, either. The points they make are obvious and sophomoric.

Young people also write a lot of “lifestyle” blogs where they opine about the rules of success or building good “relationships.” When I read that last word, I know it’s time to move on.

When I hear the word “relationship” I brace myself for “couples counseling,” and “intimacy.”

What have we become? Tiresome boors who can’t even enjoy the leisure and privilege we grew into, surrounded by billions of people who have to defecate outside and carry water and firewood back to their hovel.

We peck away at our laptops with great purpose and then divert ourselves by watching Netflix. 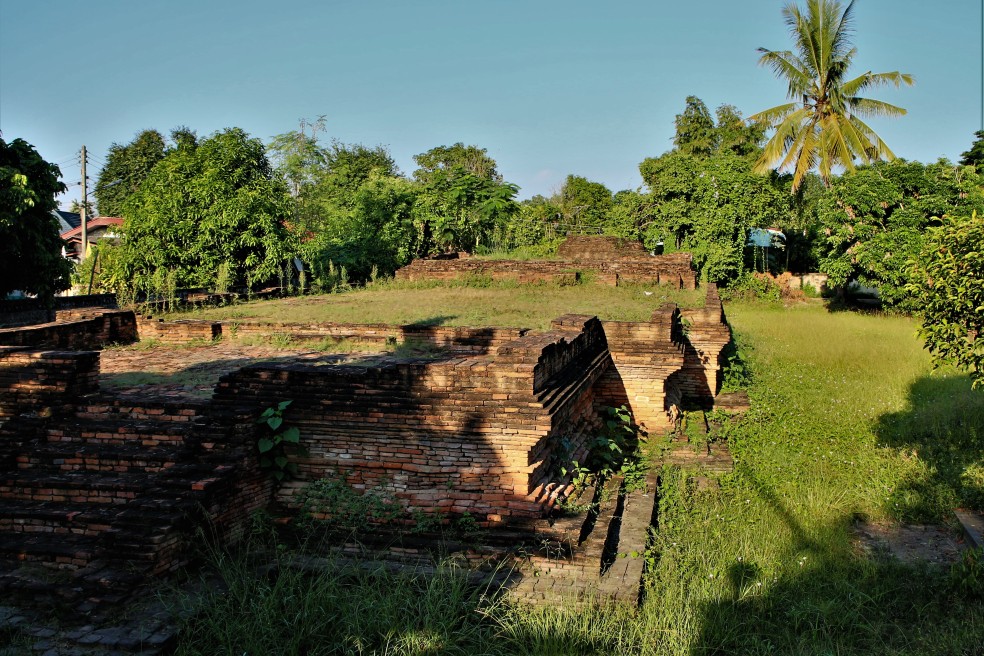 the ruined temple next door to our house

The weather is perfect. There’s a soft drone of crickets and insects who live in the grass. The Goldfish have already gobbled the food I gave them.  It’s late enough in the morning that the roosters have calmed down. A lone dog barks in the distance. A few cars pass by on the road outside.

If I can’t be happy today, when can I be happy? I’m not under criminal investigation. Nobody’s suing me. I don’t owe anybody money. I’m in good health, after a breakfast with friends I’ll probably go swimming and then get a massage. 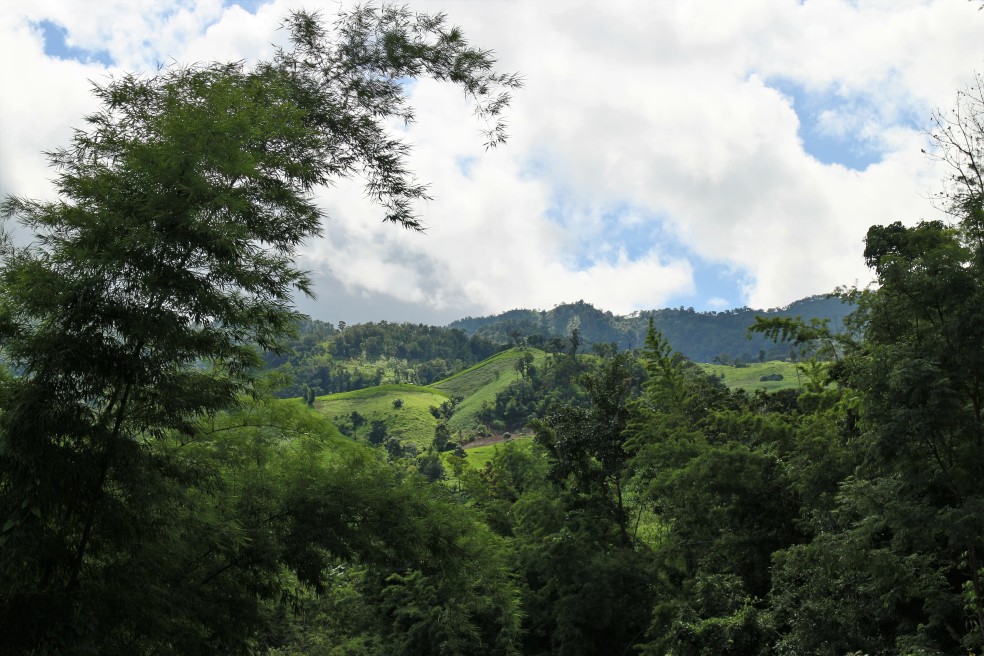 What do I really enjoy doing? Writing and Acting. Why don’t I do more of it? Because it’s hard and nobody’s paying me to do it.

How much time do I have left in this lifetime? Dunno, maybe fifteen or twenty years. Why don’t I spend that time writing and acting? Because it’s hard and nobody’s paying me to do it.

How absurd. People who work in hospice say that just before death, almost everyone tells whoever is within earshot (and it may just be a whisper) that they wish they had done what they really wanted to do with their life rather than what other people expected them to do. It’s a continual lament by concert pianists who ended up working in offices, oil painters who worked in department stores, poets who taught school.

I guess if ever there was a time to do the things I really want to do, it’s today.

“Waking up to who you are involves letting go of who you imagine yourself to be.” – Alan Watts

I will not be remembered long after I die, for my Facebook posts will cease, and that is the way most of the world knows me. Where I am, what I’m doing (or not) and most importantly, what my political views are. I’ve never had many strong views about politics, other than a lingering bad taste in my mouth caused by Nixon and a general distrust of those who profit from war, a category that seems to include almost everyone except me. Facebook, on the other hand, seems to thrive on political opinions.

But as to the real me, the whole me, the me that doesn’t translate into social media posts, I don’t expect my legacy will linger long. If somebody doesn’t tell Facebook or Google that I’ve passed, I suppose my blogs will linger for a few years while my Facebook pages continue to accrue likes, until someone realizes there’s no money to be made off me any longer. No, I will never pay to boost this post. Stop asking.

Then, when my pages are hacked and over run by those who copy identities in order to sell copies of Ray Ban and Oakley sunglasses online, a bot somewhere will close my accounts. No servers will store my data for free. My entire electronic library of silly stories and goofy pictures will vanish in a wisp of electrons. 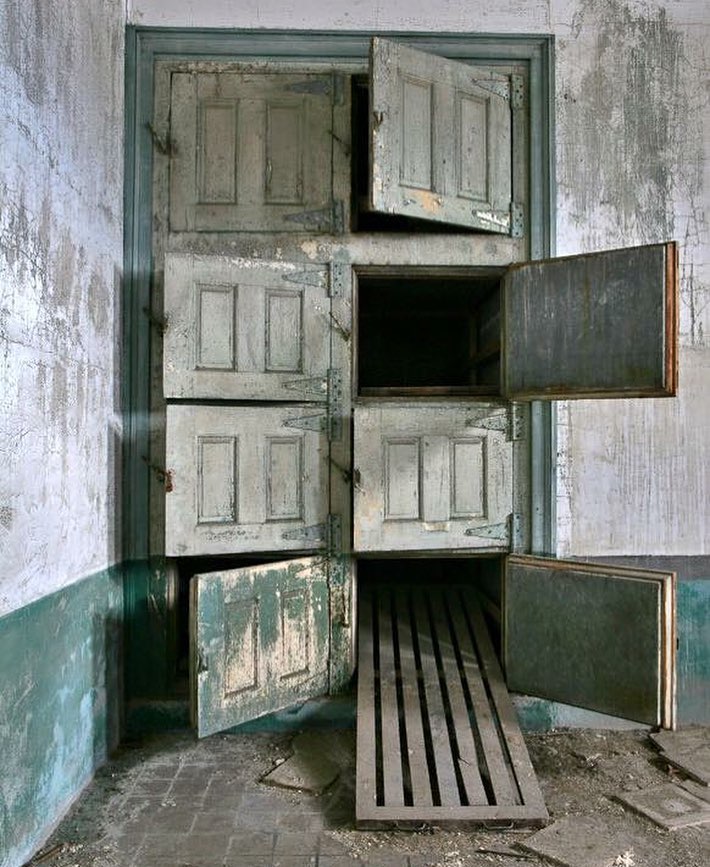 I’m trying to disentangle myself from all my confused, shortsighted, and unprofitable affairs before I leave this world. I don’t want to leave a mess behind for someone else to clean up.

Not that I’m in ill-health. To the best of my knowledge, I’m in the best physical condition I’ve been in years. Like all of us, I’m not getting any younger, and sixty-eight is a perfectly reasonable age at which to simply drop dead.

When my mother died, she left behind no mess at all. Everything was neatly handled and packaged. My father dropped dead while walking the dog. He had just turned sixty-four. Fortunately for his chemistry students at the community college, he had just finished grading their final exams and entered their final grades in his grade book.

I’m more at peace now than I’ve been in a very long time. I have fewer things to be anxious about. I’m not necessarily happier than I’ve ever been, but I am less worried than at any time I can recall, and that seems odd because I’m also closer to death than I’ve ever been.

Aren’t you supposed to fear death?

I’m more curious than apprehensive. Dying is sort of like traveling to a foreign country that nobody knows anything about. Will it be fun? Will the inhabitants be nice to me? Whatever it’s going to be like, my advance opinions about it don’t matter in the least regarding the outcome. It is what it is. And it isn’t what it isn’t. Will I meet Grandma and my long-deceased pet kitten in the Great Beyond? Dunno. Either way, it won’t be a tragedy if my expectations are dashed. On the other hand, it may be better than I’ve ever let myself imagine.