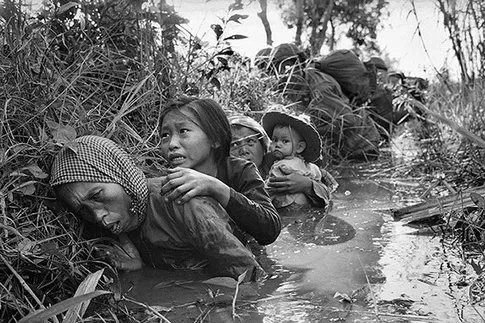 I live in Thailand, a country with bombings going on, especially along the border with Malaysia. I suppose living in a country with bombings doesn’t make me unique, because bombings are going on in lots of places in the world, even America, though not routinely. Nobody knows who planted the bomb at the Erawan Shrine in Bangkok a month ago. We do know who’s dropping the bombs on Syria, and who did the same to Iraq and Afghanistan. It was us. We still don’t really know who brought down the Twin Towers in New York City, but as time passes it becomes more and more apparent that it wasn’t our allies the Saudis under the direction of Osama bin Laden.

We’re looking at a long-term and maybe never-ending worldwide War On Terror, and maybe half the world’s population is affected by this war on a daily basis. That’s no small thing. There have been wars before, but they seemed more defined, with beginnings and ends, but this war is so amorphous and chronic that most people don’t seem to notice we’re even at war. Has it always been this way?

When I was a child I grew up terrorized by the Soviet Nuclear Threat. Such a threat had pre-dated by arrival on the planet, for I was born in 1950 and the Korean War was a direct result of our fears about the Soviets and their recently acquired H-bomb. General MacArthur was all for using nuclear weapons in Korea. Later, in Viet Nam we seriously considered their use in Laos on the Ho Chi Minh trail, but realized it would be largely ineffective because the terrain was no thinly populated. All we would have managed to do is contaminate a large portion of the country in order to kill a few thousand people.

But when I was a child and couldn’t get to sleep at night, I imagined scenarios of Red Chinese soldiers interrogating me about my belief in Jesus. Would I have the nerve to confess my allegiance to Christ under torture? Our neighbors had a fallout shelter in their backyard. Why didn’t we?

The most heavily bombed place on the planet is poor Laos. We conducted a bombing raid on that small, undeveloped country every eight minutes for eight years. They had the misfortune of being next door to Viet Nam, a country we also bombed, though not as extensively. We also dumped agent orange on large parts of that country, and there are still thousands of people suffering the after-effects of being doused with dioxin.

Here’s an interactive graph of our bombing of Laos.

2 thoughts on “BOMBS AWAY!”