And I’m not exaggerating. I don’t know what people did here before they discovered oil and were able to afford air conditioning, but for this recent immigrant, having come from a year in Thailand, which was plenty hot, it’s impossible to imagine life here without air conditioned cars and buildings. The desert is vast, and at least from my perspective, flat as a pancake. I understand there are some places a few hours away that feature hills, but I won’t be able to find them until I buy a car. Fortunately, cars and gas are cheap. Most of the locals drive around in very large, brand new SUV’s. People drive fast here. The rich Emerati young men drive muscle cars.  Nobody’s worried about being “green.” They sell bicycles in some shops, but I don’t know how you’d use one here. You’d be killed if you took it onto a major road. Half the year it’s too hot to even imagine riding a considerable distance on a bicycle. And nobody walks. 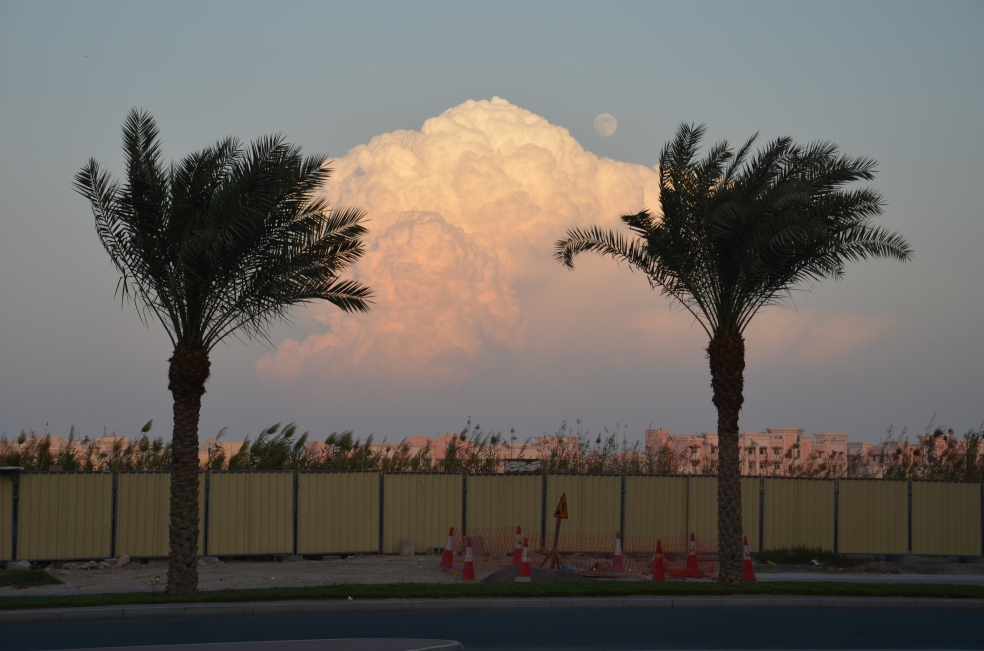 One thought on “Life in a desert”