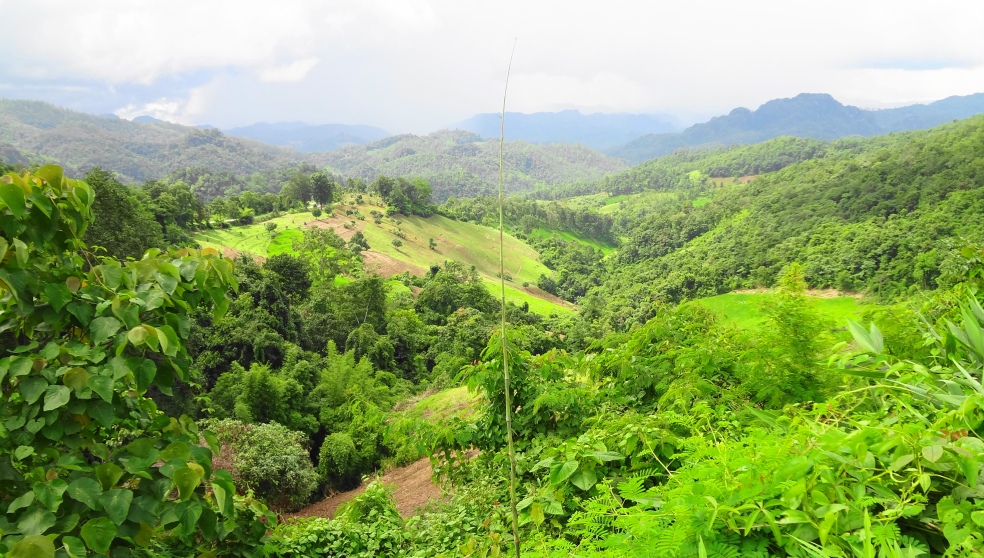 It almost doesn’t matter where you live, as long as you’re living within your means so that you don’t have to worry about money. That concept is so broad and varied that it means something different to each person, so I won’t attempt to define it, but rather emphasize that it’s terribly important to a happy retirement. This is it. There’s not going to be any more money coming down the pike. Whatever you’ve saved and whatever is being direct deposited into your bank account is it.

Now that the emphasis is no longer on making money, or finding some way to abandon a sinking ship, all your focus goes back to you. What do you want to do with your time? Chances are you don’t know yet. That’s OK, in fact that’s to be expected. It will come to you if you give yourself room to find out who you are when you’re not frantically trying to rearrange the deck chairs on the Titanic.

And life, being life, will not always hand you roses, no matter where you are.  The challenges you get to face in this new place may be ones you haven’t had to face before. That’s good, or at least different. When you overcome or accept them, it will make for a better story to the folks back home.

For example, one very hot night in Leon, Nicaragua, I woke up with a strange pressure in my chest. I felt as if some invisible and powerful hand had grabbed by esophagus and wouldn’t let go. I naturally assumed the worst and dressed, went out on the street, and hailed a cab to take me to the nearest hospital.

Health care in Nicaragua is free. That’s the good news. The bad news is, the level of health care they endure is not something anyone who could afford to go to a private clinic would want to undergo. There were about thirty people sitting patiently in a cavernous waiting room lit by one bulb, waiting to see one doctor.

When I emerged out onto the street, the cab driver was waiting for me. “Private clinic?” he suggested. I nodded. Within minutes I found myself in a brightly lit, air-conditioned clinic, where a pretty nurse took my vital signs. The doctor said he would recommend that I allow them to admit me and wait for the specialist to come in the morning. They gave me an IV and I fell asleep in the polar opposite of my hotel room.

The next morning, after I’d had breakfast, the doctor gave me an EKG, using a battery operated machine that looked like it had arrived in a Care Package from the States. This young man had done his residency at Johns Hopkins, in the States, and spoke good English.

His questions were probing and revealed that I had taken Cipro, a powerful antibiotic earlier the day before, to counter a case of tourista, and one of the side effects of Cipro is acid reflux. The doctor figured this out. At my discharge, I had to pay the bill, which was just over a hundred dollars. After I got back to the States, where I had medical insurance, I had a cardiac stress test just to be sure. No problem, but even with insurance the stress test cost me $1,300.

So, like most problems, I could look at it two ways. One, I wasted a hundred dollars to find out there was nothing really wrong with me. Or two, I could celebrate the fact that my night in a Nicaraguan private clinic calmed my fears that I was having a heart attack.

You’re a foreigner in a country that has a much lower standard of living than your home country. Probably they don’t speak English. Those are the only two facts of which you need be constantly aware, and since those are incontestable, you don’t need to lose sleep over them. No matter what you think about your host country tonight as you prepare for bed, it’s still going to be exactly what it is tomorrow. So again, all the focus is on you. Who are you really, apart from that job that you no longer have? What do you want to do with this wonderful opportunity you’ve stumbled across, to live in a completely new way?

You might also find yourself inspired by some behavior or attitude shown by the locals that you envy. If only you could do as they do, you’d know a contentment that so far has eluded you, at least in your adult life. This may not be the case, but if it is, it would be a wonderful way to enjoy and learn something new, in these years when most people find themselves resigned to accepting decline.